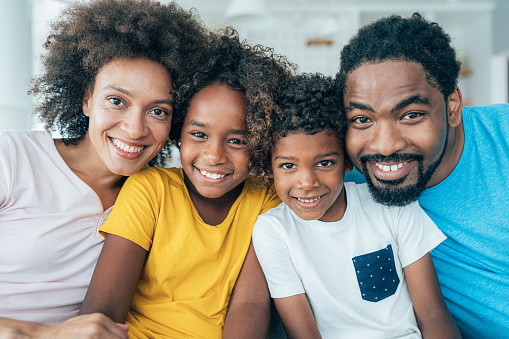 People have long debated whether or not “Black” American citizens should be provided with a monetary grant or other benefit as a means to acknowledge — and as an attempt to correct — the decades of slavery, oppression, and systemic racism that has perpetuated the nation’s racial wealth gap. But in 2023, California says it plans on tackling this complex issue head-on.

A special task force created by Governor Gavin Newsom has put forth a groundbreaking proposal that aims to level the playing field for California’s Black residents. The team of experts recommend that each Californian who is a descendant of free or enslaved African Americans living in the United States prior to the end of the 19th century be provided $223,200 in reparations.

Many have already scoffed at the amount and see it to be a lowball amount. Black Americans at one point in time were literally hung from trees and murdered, entire towns were burned down (Tusla Massacre), and black people have been systemically oppressed for hundreds of years. Just because murdering black people was literally deemed “ok” back then, doesn’t mean it was ok. It was just something everyone was forced to accept.

In addition to the amount of GENERATIONAL black wealth that was stolen, burned to the ground, black people also were never given their “40 acres and a mule.”

To be clarify, $223,000 would definitely help practically every Black America in California that would receive it.

The $223,000 figure was determined by measuring the housing wealth gap for California’s Black and white citizens between 1933 and 1977 — the years prior to The Housing Financial Discrimation Act of 1977 — which equates to a staggering $569 billion. While the state has determined the dollar figure it seeks for reparations, it is still unclear how the payments or grants would be distributed to qualifying residents.

The proposal is one of the first of its kind and stands to become one of the most substantial reparations programs ever in the US if enacted. After the special task force further refines its proposal in December, the package will then be sent to the state legislature, and then ultimately to Newsom’s office sometime in the next year.

“We are looking at reparations on a scale that is the largest since Reconstruction,” Dr. Jovan Scott Lewis, a professor at the University of California, Berkeley, and a member of the California reparations task force, said to the New York Times about the initiative.

Activists, educators, and policymakers have been particularly deliberate about exploring different ways to address the economic disparities in the US socioeconomic structure in the years following the civil unrest sparked by the murder of George Floyd — an action which led to a massive wave of demonstrations that forced the country to confront its history of racial injustice. However, few leaders have brought forward proposals that are as sweeping in scope as the one produced by California’s special task force.

According to the California Housing Finance Agency, Black Americans have the lowest homeownership rate in the state. This disparity is rooted in unjust housing policies like segregation and redlining that trace back many decades — but the proposal brought forth by Newsom’s special task force is meant to help close this gap.

In a separate housing study from the Public Policy Institute of California, it is revealed that in 2019, the state’s Black homeownership rate was 36.8%, while the rate for white households was signficantly higher at 63.2%. Because “home equity makes up the majority of wealth for low-and middle-income families,” the report reads, gaps in the homeownership rate have only further contributed to wealth inequality in the state.

And this divide has only been exacerbated since the start of the pandemic as high demand led to equally high home values across California. Although home prices have started falling across the state, many Black residents of Calfornia remain priced out of homeownership — and are also missing out on a key part of building generational wealth.

If the reparations proposal passes, it could help many eligible Black residents afford a down payment for a home — a monumental task considering that the state’s typical home value is $765,495, the most current Zillow data suggests. This means that the cash on-hand needed for a standard 20% down payment on a conventional 30-year mortgage for a typical California home would be well over $150,000.

Other states have also awarded reparations to their Black constituents

While the California proposal is sweeping in its scope, Newsom’s office has the benefit of being able to study examples of reparations programs elsewhere.

In Evanston, Illinois, the inner-ring suburb located directly north of Chicago, a group of 16 Black residents have been selected to receive $25,000 grants via the city’s government-backed-and-funded Reparations Restorative Housing Program. To qualify, the recipients had to have lived as adults in the city at some point between 1919 and 1969.

Rue Simmons, a former Evanston City Council member and the architect of the reparations program who now works on similar programs across the country, told Insider earlier this year that the initiative was “an incredible milestone,” and that it’s a shame that “ordinary public policy did not correct” the city’s “historic wrongs.”

As the conversation on reparations spread, lawmakers in several other cities are also discussing policies similar to those in Evanston and California. In St. Louis, Mayor Tishaura Jones has appointed a reparations commission that intends to introduce a proposal to “begin repairing the harms that have been inflicted” by racial injustice in one of the nation’s most segregated cities.

The commission will be composed of nine diverse members that all reside in St. Louis, the city reports. The group will “explore the history of race-based harms” in St. Louis, as well as “reveal the present-day manifestations of that history.” Once they come to a conclusion, they will propose the best way in which they can administer funds and resources for the area’s Black residents.

“The people closest to the problems are closest to the solution,” Jones said in a December release. “I look forward to reviewing this commission’s work to chart a course that restores the vitality of Black communities in our city after decades of disinvestment. We cannot succeed as a city if one-half is allowed to fail.”

Donnabella Mortel Narrates “Match Made in Paradise” by Barbara Dunlap